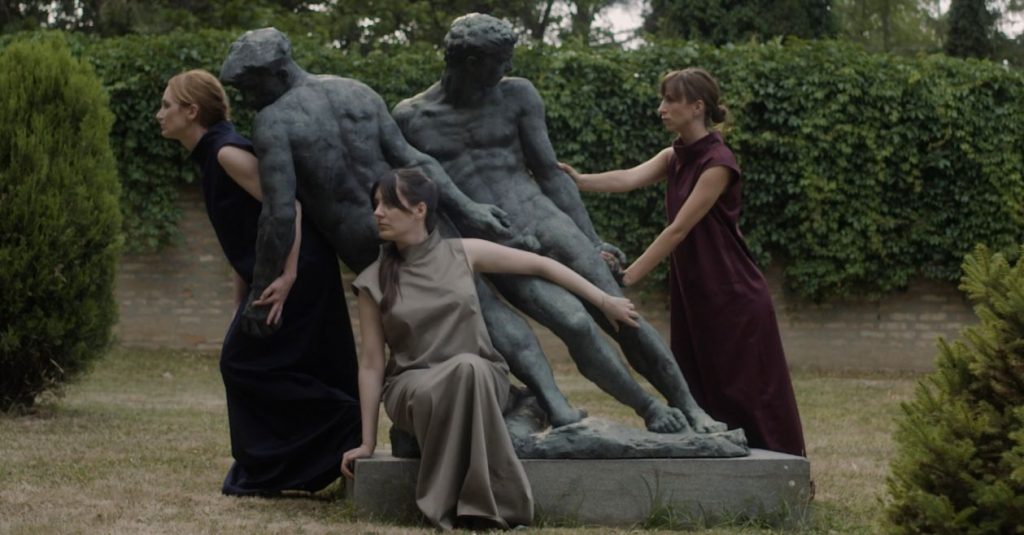 Rodjenice (Roђenice) is an a capella trio from Serbia, formed in 2009. Its members established the group during their years on the Academy of Arts, while they were studying ethnomusicology. Their wish was to actively perform beside their research studies, so as to discover and learn various vocal techniques which were characteristic for traditional singing in the specific area of former Yugoslavia.  The name Rodjenice refers to a three-member vocal formation and is connected to Slavic mythology, in which Rodjenice are three godesses, i.e., supernatural creatures of the feminine gender, who determine the faith of a newborn child. The repertoire of the group is almost completely based on rural and smaller cities’ songs, from the area of former Yugoslavia, performed with as much vocal authenticity as possible. Consequently, they’ve had several performances with other groups and artists, challenging traditional music in the context of contemporary and experimental music performances. They performed with Lautari din Cisinau (Moldavia), Serboplov (Novi Sad, Serbia), Argo (Budapest, Hungary), Babra (Budapest, Hungary). Rodjenice also performed on prestigious world music and jazz festivals in Serbia, such as Ring Ring Festival in Belgrade, Kanjiža Jazz Festival in Kanjiža, Etnofest in Subotica, etc. 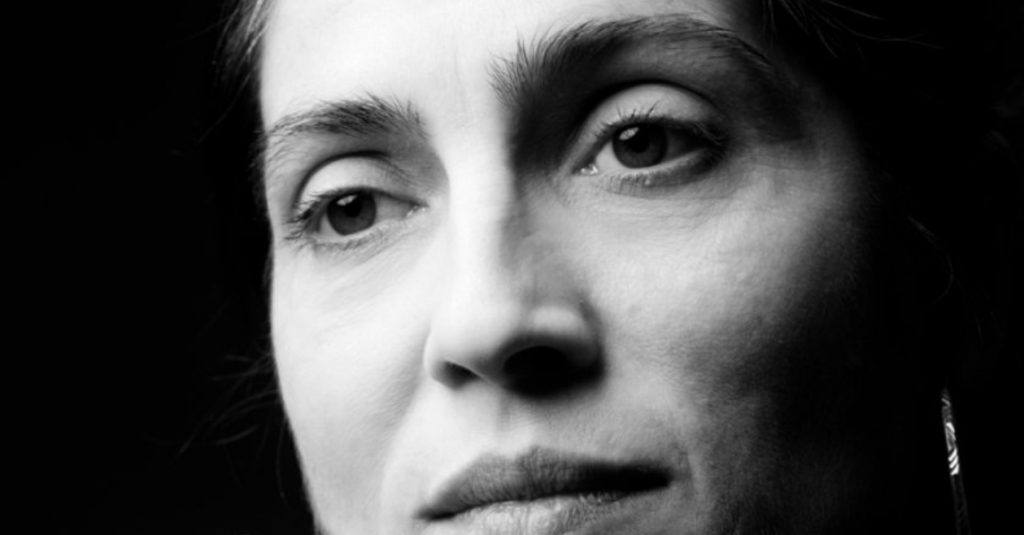 Mónika Lakatos is one of the most prominent and worldwide acknowledged Hungarian Vlach Roma performers. In 2020, she received the highest World Music recognition, the Womex Award. The award is often mentioned as the Oscar for World Music, which Mónika got as the first Roma performer. With her Folk Trio, she performs Hungary (Lovari) Roma songs that she enriches with music of other nationalities, while paying special attention to the traditions of her own culture. In this formation, she is accompanied with a guest percussionist Antal Máté Kovács and her husband Mihály Mazsi Rostás on guitar and vocals. 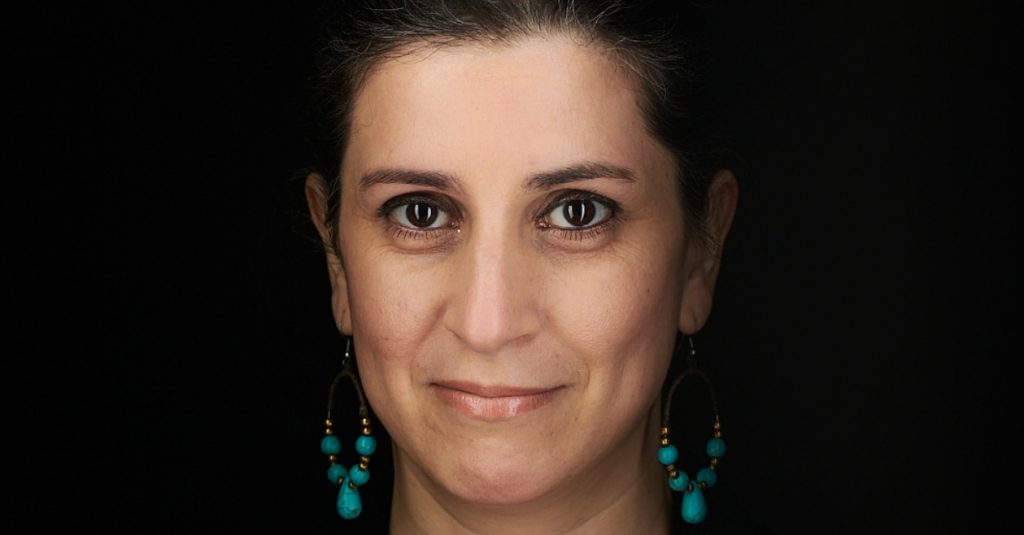 Sofia Labropoulou is a kanun player and composer who merges the worlds of Greek and Mediterranean folk, classical Ottoman, western Medieval, experimental and contemporary music. Although she is classically trained, having studied piano and theory since the age of eight, it was love at first sight when she first encountered the kanun almost a decade later. With her Byzantine music studies degree in hand, she moved to Istanbul in 2003 to pursue her love of the kanun and study Ottoman music. As a soloist, she frequently collaborates with world-renowned musicians, she travels with various projects and presents kanun and Greek folk music at master classes worldwide. Since 2013, after years of playing together with Vassilis Ketentzoglou, they released the duet’s first CD Butterfly (Odradek Records). Her first solo album Sisyphus was released in December 2020 (Odradek Records). She currently lives in Vienna. A collaboration between Sofia Labropoulou and Tijana Stanković grew from the common interest and love for the folk music of Balkans as it is their region of origin. They have chosen to explore different styles of performance from the central region of Balkans as it gives an insight for the similarities and differences in traditional music of the nations which inhabit this area. 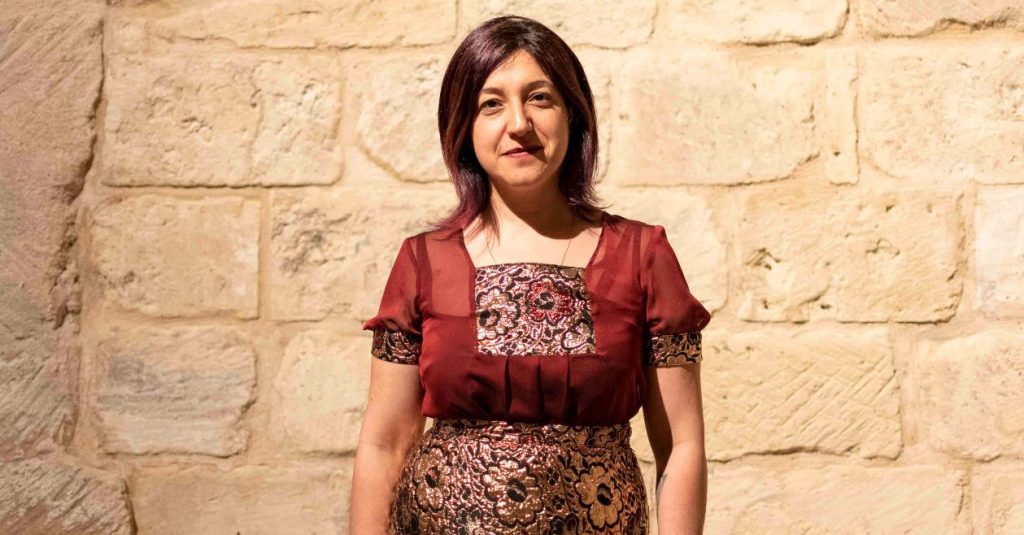 Maria Mazzotta was born in Lecce in 1982. She is one of the finest singers coming from southern Italy and one of the most respected world music artists in Europe today. For fifteen years she was a member of Canzoniere Grecanico Salentino, famous Italian band. Throughout her career she has collaborated with many artists and is constantly researching and improving her voice and vocal expression. Last year, she released a highly acclaimed album Amoreamaro (Agualoca Records) with accordionist Bruno Galeone. It is a collection of wonderful songs with the aroma of the Italian South, which is united by Maria’s specific, complex interpretation of the concept of love. The songs from this exceptional album are the backbone of the Belgrade concert, as well as of the many other gigs that Maria has been performing intensively throughout Europe. She is coming to Belgrade with accordionist Antonino de Luca. 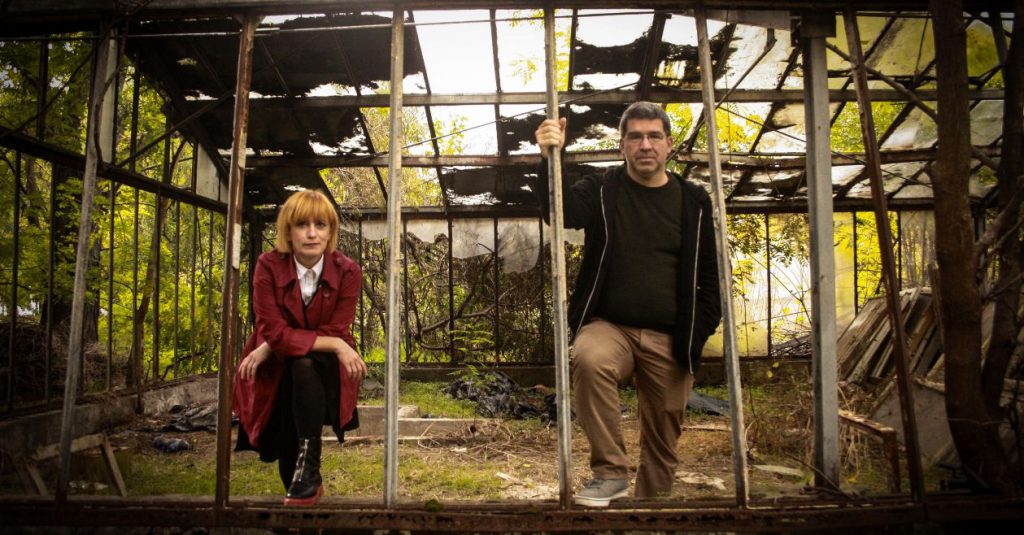 Although a long time acquaintances and band mates from another established band, Chalgia Sound System, Dobrila (vocal) and Dorian (oud, loops) came to the idea to make an album together during the pandemic summer of 2020. They called this duet simply Dobrila & Dorian Duo, because it is just two people making music together: Dobrila sings Macedonian traditional songs and melodies, while playing with silence and improvising with noises and vocal sounds, while Dorian plays the oud, a Mediterranean 6-string fretless lute, building live loops and improvisations on the melodic structure built by Dobrila. Dobrila takes her singing knowledge from the great singers of the Macedonian traditional singing, Vanja Lazarova, Mirvet Belovska, Kiril Manchevski but also from other vocal explorers throughout the music world. Dorian on the the other side, being a self-thought musician with an accumulated experience from several different bands/projects (String Forces, Chalgia Sound System, Axiotomic, Dorian Oud Quartet, Seth) for this project showcases all of his accumulated knowledge and estetics. On the eve of the Dobrila & Dorian Duo performance in Belgrade at the Todo Mundo festival, Dorian Jovanović will receive the Vojin Mališa Draškoci award, which is given to her by the World Music Association of Serbia for 2021. 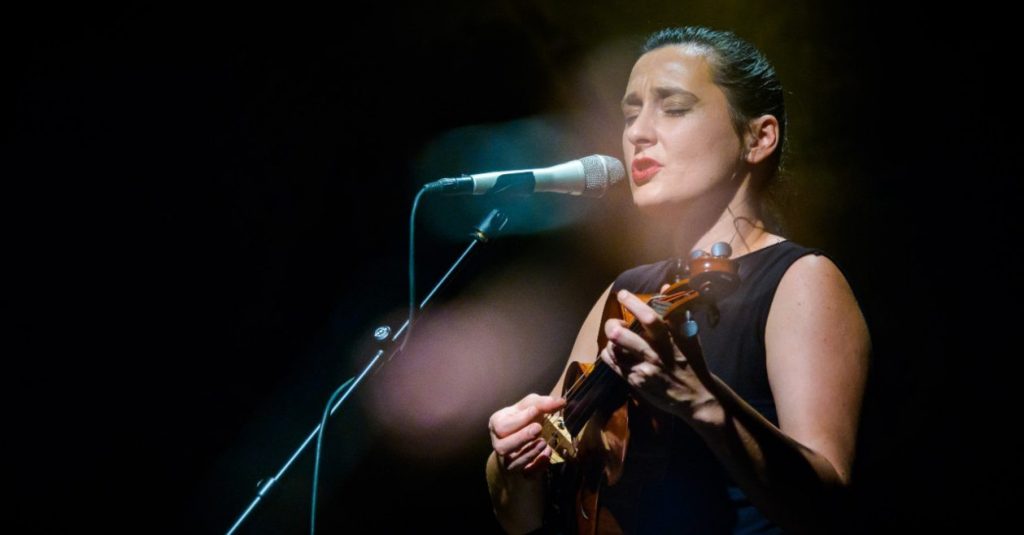 Jelena Popržan was born in Novi Sad, grew up in Zrenjanin, began her viola studies in Belgrade, and continued them, in 2002, in Austria, where she still lives and works. In Jelena’s work, different musical experiences are harmoniously combined and merged: listening to rock in her youth, classical music education and interpretation of those kind of music, and at the same time a love for tradition and experimentation. Jelena’s artistic expression rejects a more precise genre determinant. An affinity for the musical heritage of the Balkans and other parts of the world, as well as various directions that in an inspired and original way turn into a modern language rich in improvisation, classify Jelena, in turn, in a wide field of world music polygenre. Working in Vienna, Jelena has developed stylistic diversity and artistic curiosity both by writing music for the theater and through collaborations with various artists and through her several ensembles – Catch-Pop String-Strong, Sormeh, Madame Baheux… Latterly, Jelena has turned more and more to solo work. One of the results of such tendencies is the solo album La Folia, released in January 2020 for the Austrian label Lotus Records. On the eve of her performance in Belgrade at the Todo Mundo festival, Jelena will receive the Vojin Mališa Draškoci award, which is given to her by the World Music Association of Serbia for 2020.