Who was who in innovative music: The 26th Ring Ring is finished

The twenty-sixth edition of the Ring Ring, Belgrade’s festival of new, avant-garde, experimental, improv and free jazz music, ended on May 26, 2022, at the Jewish Cultural Center. That evening, Phil Minton and Szilard Mezei performed as did Echo Pointers quartet. 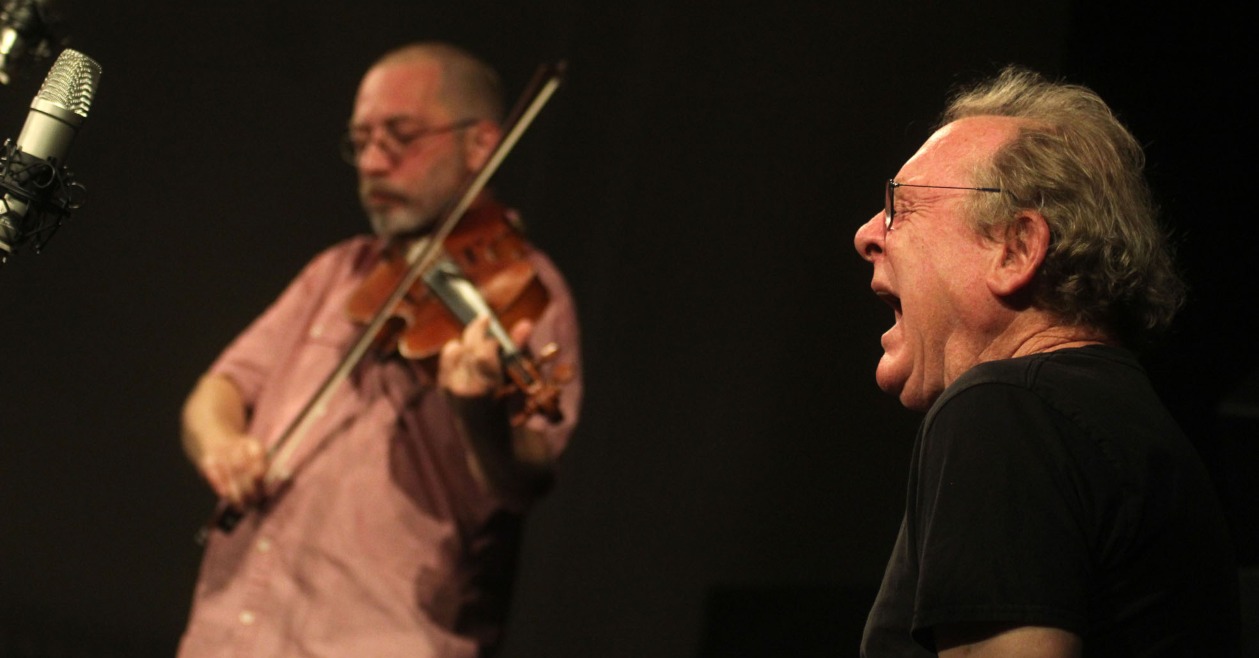 It is an incredible feeling when the preparations for the twenty-sixth edition of Ring Ring Festival, just six months after the previous, jubilee edition, result not only in the expected good concerts but also in a fantastically dedicated, numerous audience and great atmosphere.

As previously, the 25th edition of the festival was postponed three times due to a pandemic and concert restrictions, and finally performed at the end of 2021, we were wondering if it makes sense for this year’s edition to be in the usual May term. But the dilemma did not last long.

As many times before, the desire to present innovative musicians and their sound creations to the audience nullifies any doubt. In the end, thanks to the support from various sides, we achieved another great festival, with ten concerts in five evenings. However, it is divided into two parts, between which three days have passed, but it is intense and surrounded by a real festival atmosphere.

Those who failed to reach the Jewish Cultural Center Oneg Shabbat and the Drugstore Club are sure to hear these days about what they missed. From the re-appearance (now double) of drummer Tony Buck in front of the Belgrade audience, in two different and great duos, to the world premiere of the Echo Pointers quartet, according to the age of its members of the youngest band at the festival. 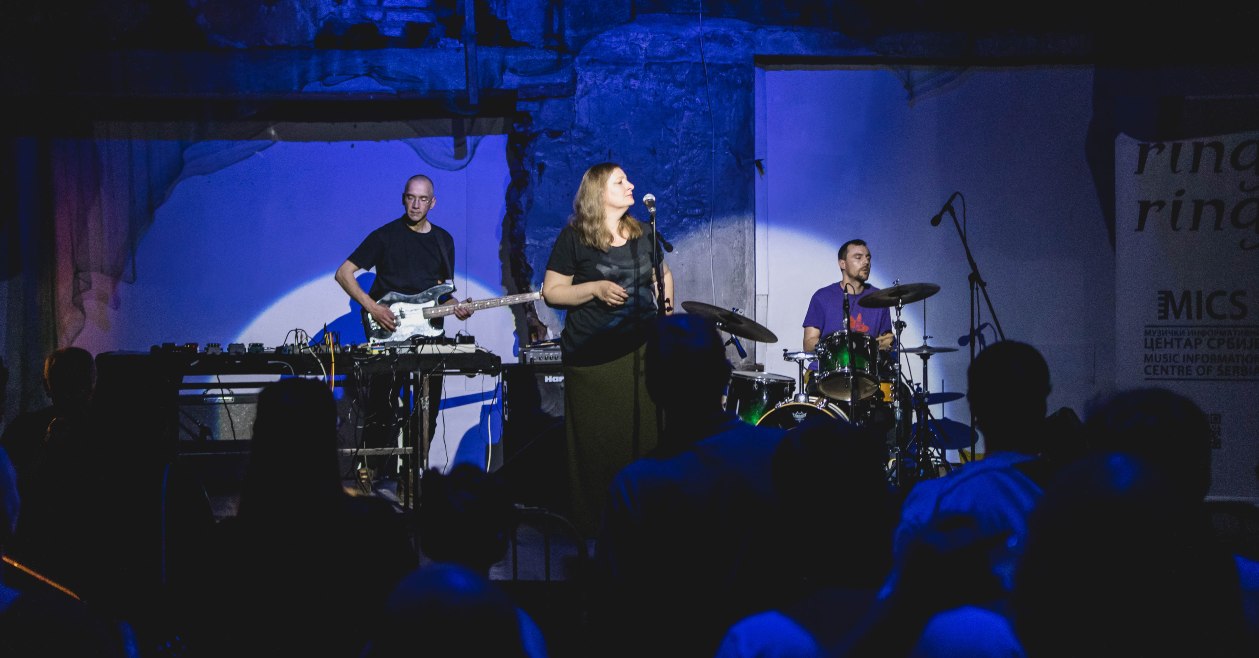 When we started thinking about the program, the only sure thing was the trio Gordan – whose fresh debut album (Down in the Meadow / Morphine Records, 2021) set new boundaries in the fusion of alternative and traditional music – as well as the duo Phil Minton and Szilárd Mezei, planned for last year, but also cancelled before the 25th festival, for justified reasons.

But, as always, offers began to arrive that we could not refuse. The DDK trio (Jacques Demierre, Axel Dörner, Jonas Kocher) flew in like an ace at eleven. The proposal to host a local trio of Predrag Okiljević, Marko Čurčić and Aleksandar Škorić, in a special project Echo Pointers with Finnish saxophonist Adele Sauros, relied heavily on our concept of giving local musicians the opportunity to present their collaborations with foreign guests. Ever since Drugstore gave the idea that Rabih Beaini, the owner of the Morphine Records label (for which the album was released by Gordan), would perform the same night as Gordan, the skeleton of the 26th Ring Ring program was clear. 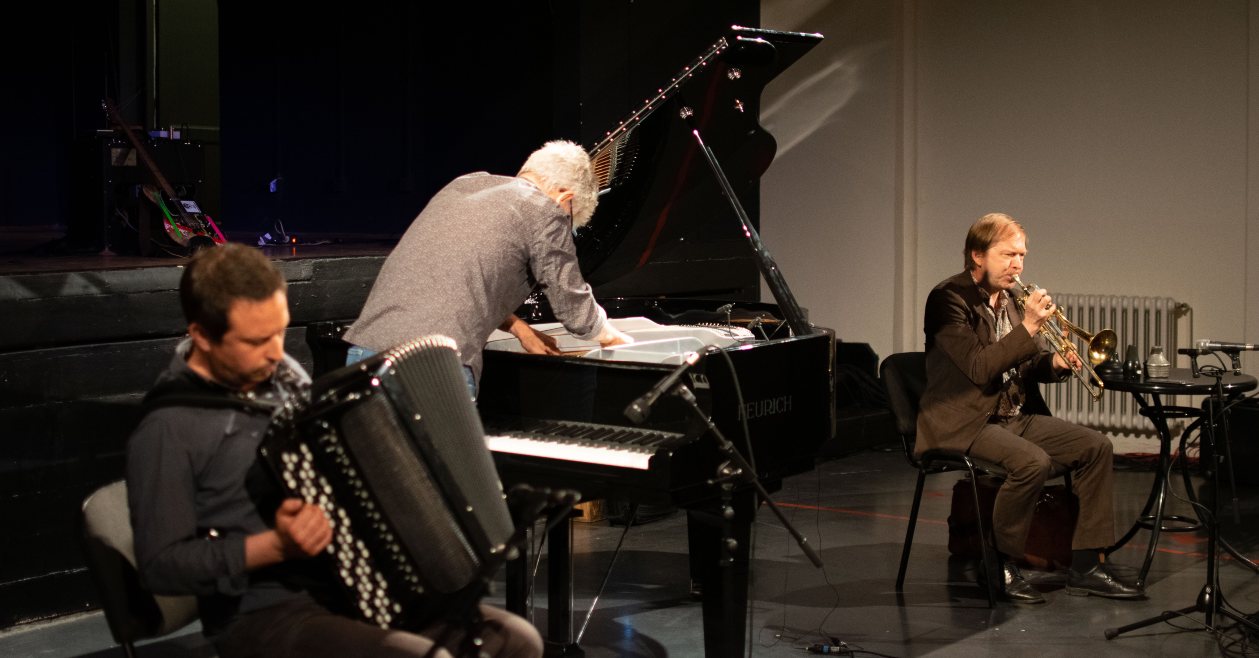 At that time, however, the budget of the festival was not yet known, but we have already contacted some of the desired performers, just in case, with a request to wait for the final decision. Some wanted to, but as the wait dragged on, they had to buy their tickets for a flight across the Atlantic and meet another audience there. And just then, about a month and a half before the festival, the great Canadian orchestra GGRIL (with which a performance was agreed in 2020, but, of course, could not be realized), with the message: We are coming to Europe, count on us. Our answer was: Oops… And, money?, to which GGRIL replied: If there is, great, if not, we are definitely coming.

We have already had such cases in the history of the festival… Musicians who create this, different music, have an approach that gives you new energy and easily accept them as your own – warm and professional. As the budget was confirmed only on April 29, the program was closed and announced only two weeks before the start of the festival. It seemed that we had too little time for promotion, but when everyone in the team does their job with so much enthusiasm, the result was seen on the first night of the festival. 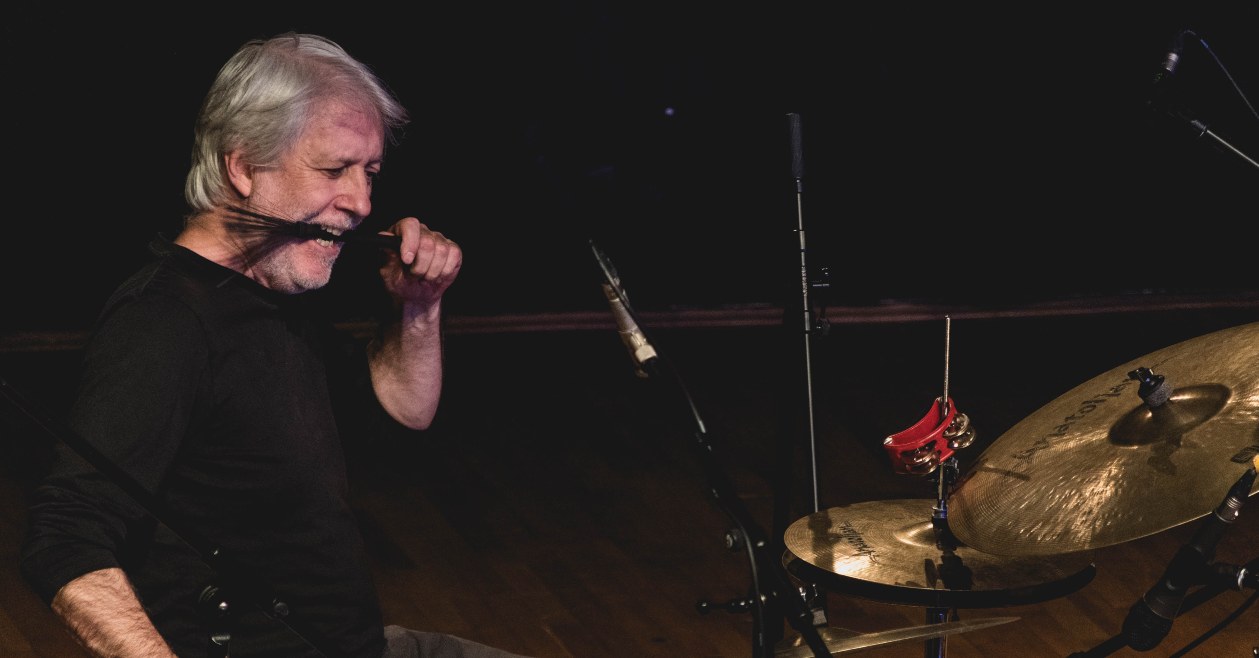 The Jewish Cultural Center, which most of us still call Rex, had the atmosphere we remember from 10 years ago – radiant faces, crowds at the entrance, a line for buying tickets, chatting about the program, great performances … The audience and the media will write and talk about music and impressions …

From our point of view, it seemed unreal. The audience was extremely dedicated, the concerts were memorable, and the musicians were immensely satisfied. After a one-night trip to the Drugstore club, where the garden was opened with this part of the festival program, we returned to Jevrejska 16 on Saturday, again with the same schedule – acoustic band on the floor, next to the audience, and then more sounded and louder on stage. 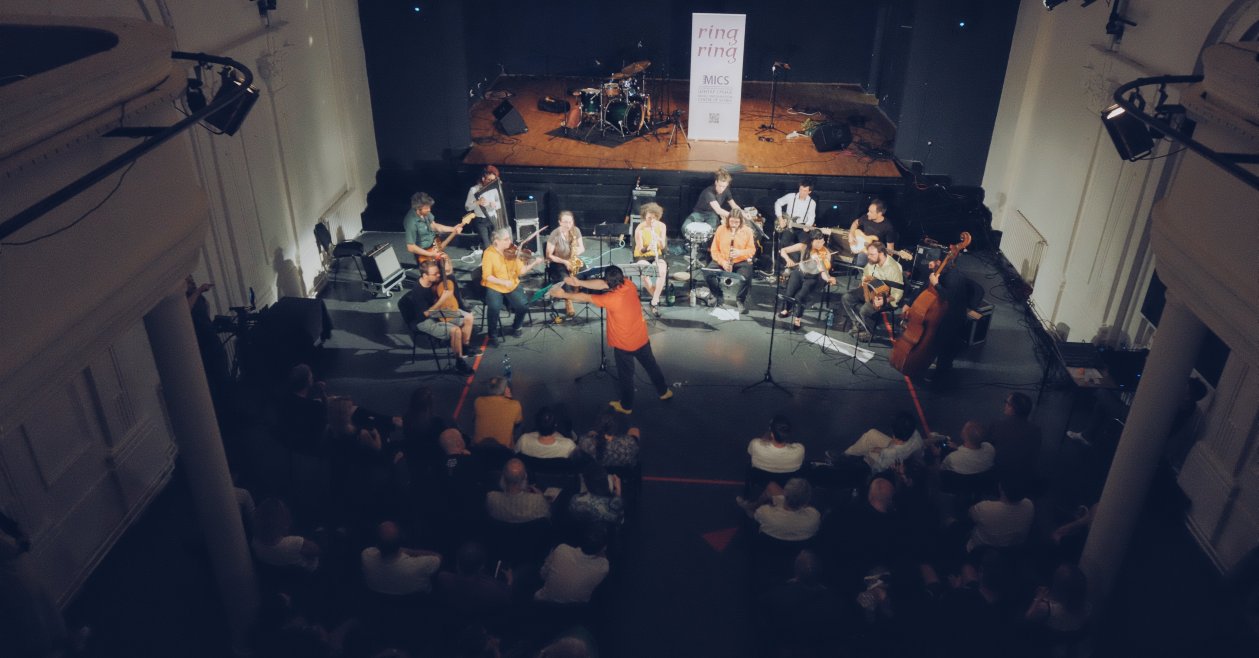 The Quebec GGRIL (14 stress-free musicians despite a long European tour and constant unpacking and packing of complete equipment) was followed by The Fruitful Darkness. It was the return of the Italian saxophonist Gianni Gebbia in front of the Belgrade audience after 24 years, this time in a duo with the “inevitable” Tony Buck. An explosion of enthusiasm in the audience and enthusiastic comments in front of the JKC building rounded off this evening.

After a break of three days (let’s add that weather also served us), it couldn’t have started better. We first listened to one of the most important improvisers of our time, Joëlle Léandre and her double bass. It’s hot in the hall, but no one comes out – listening carefully has obviously become a recognizable feature of the Ring Ring audience, which is why Joëlle herself was delighted after the concert. She gladly joined in the conversations with the visitors, she sold out all the CDs, but she also returned to the hall when the concert of the Jasna Jovićević Quinary started.

This is another characteristic of these creative artists – the desire to hear others, to discover, to make contact. It is wonderful to see them in the audience and how before or after their own performance they follow the creation of their colleagues, known or unknown.

Jasna Jovićević presented, for the first time in the region, her quintet and music from the last two albums. Great gig. 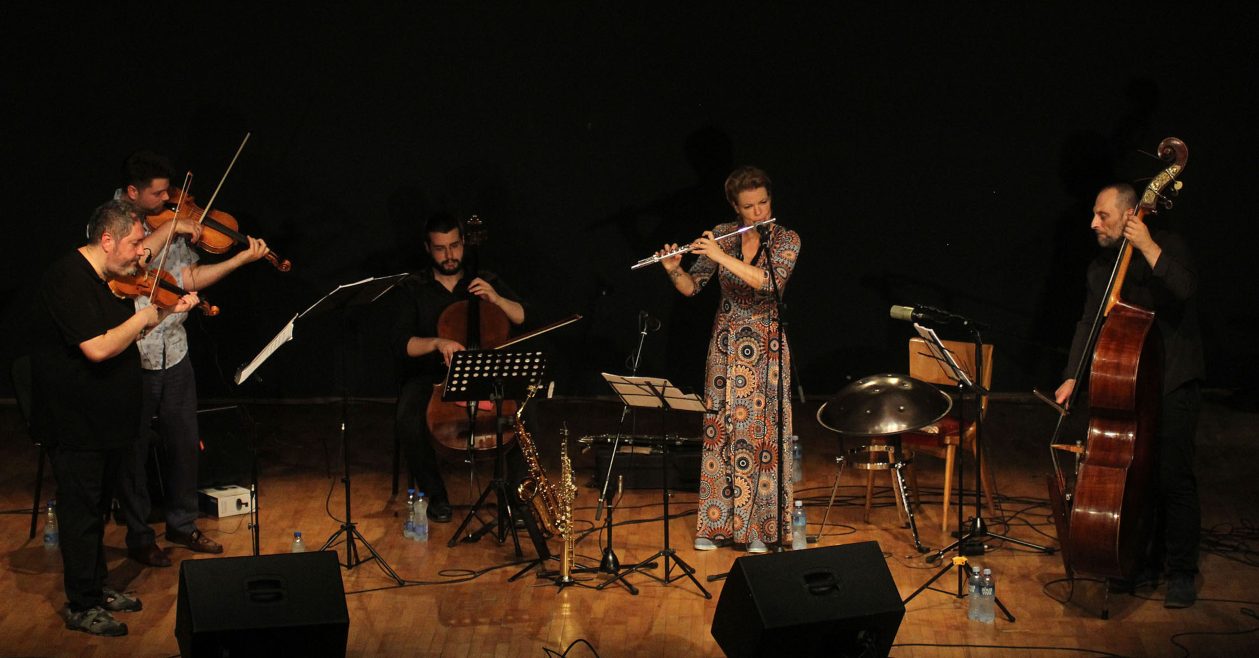 On the last evening, there were a lot of FMU students in the audience, who attended the previous evenings in a slightly smaller number. Nataša Penezić, pianist and professor at the Piano Department, encouraged her students to come to the twenty-sixth edition of the Ring Ring and discover something new. We met their needs and allowed everyone to attend the concerts for free. Because it’s nice to have enthusiasm spread.

Last year’s agreed, but unrealized performance of vocal improvisation veteran Phil Minton and our improviser Szilárd Mezei once again nailed the audience to their chairs, even though it was even warmer in the hall.

During the break, but also after the second concert (Echo Pointers), in front of the entrance to the building, enthusiastic musicians debated, who played at the festival this or previous years, and with them the audience… It is difficult to accept that the festival is over and we should go home.

The festival was organized by the Ring Ring Association from Belgrade, with the help of the Music Information Centre of Serbia. 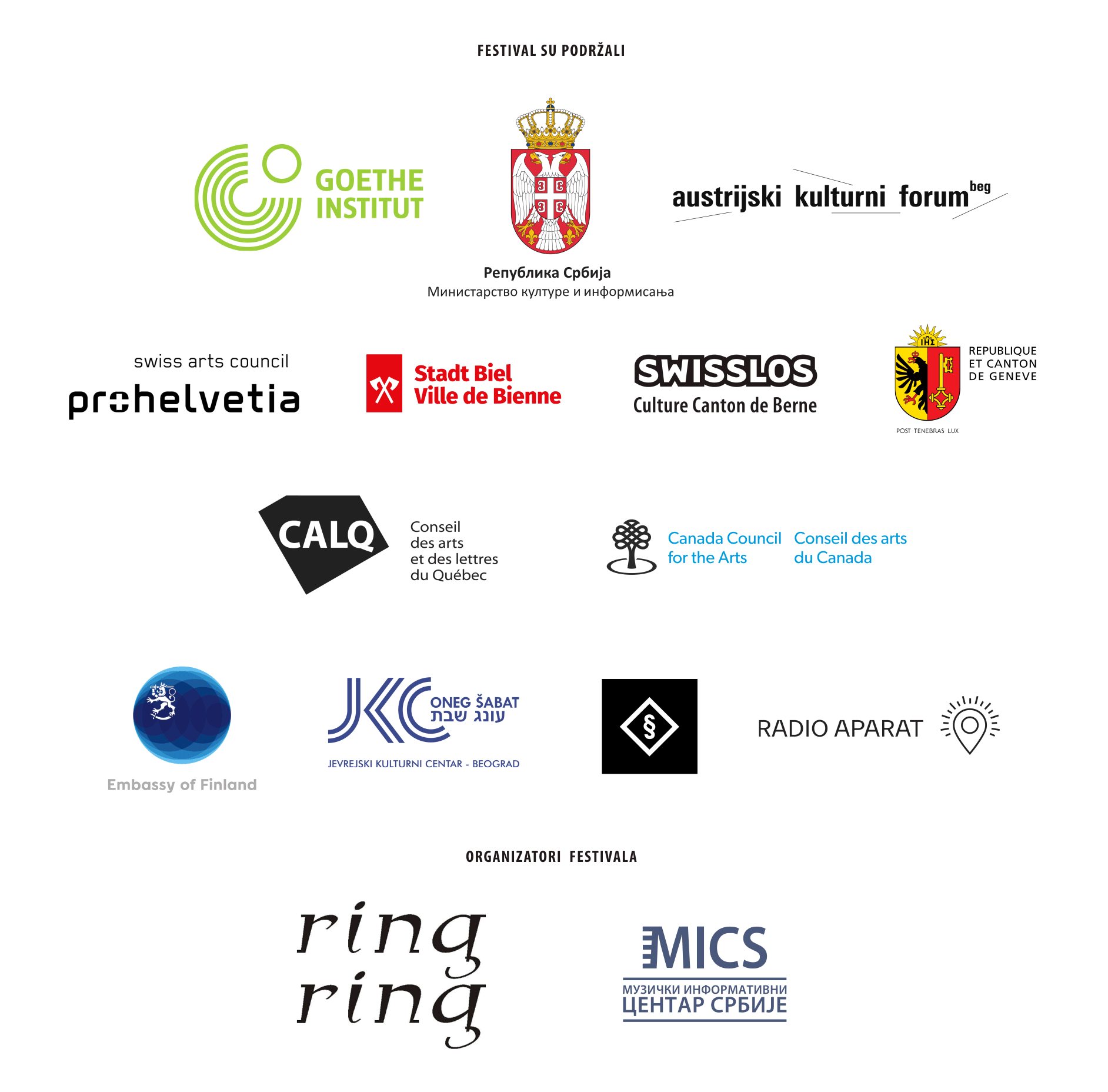 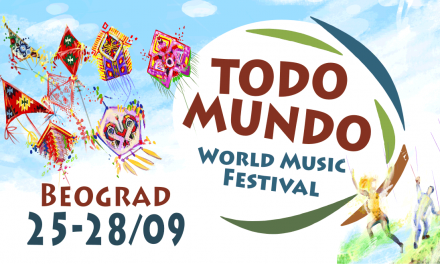 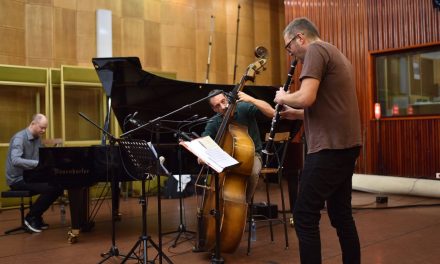 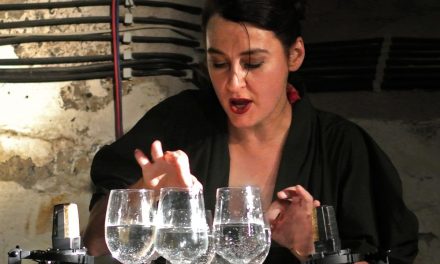 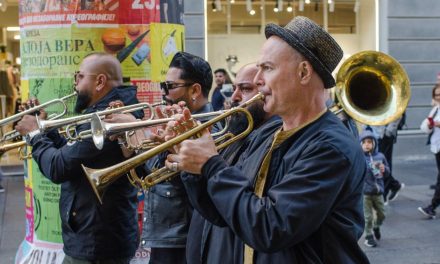